Today, forms and figures of complicity seem to occupy a good part of our political and moral imaginary, from accusations of complicity with structural violence in its varied forms (economic, gendered, or racial for instance) to suspicions of collusion with minorities judged by some to pose a threat to society. Accusations or suspicions of complicity touch even those distant from incriminating acts. Thus, the figure of the accomplice lurks and works behind the scenes. Are 􏰀we all, in fact􏰁, 􏰂somebod􏰃y’s or s􏰂ome􏰁thing’s􏰄􏰂 accomplice by dint of either our inaction or our action at a distance?

Belied by its apparent intuitiveness –􏰅 a summons for complicity does not require any specific skill –􏰅 complicity is nonetheless a complex notion; the result not only of procedures designed to attribute responsibility but also of interpretive work (Puccio-Den 2017). Reaching judgements of complicity presupposes representations of personhood, 􏰁theories􏰂 of ac􏰁tion, and 􏰁the effor􏰁t t􏰁o j􏰆udge t􏰁he difference between􏰁􏰀 􏰇not􏰁hing􏰈 and 􏰇􏰁the beginning􏰂 of 􏰂some􏰁hing􏰈 (Kiesow 2017). As such, notions of complicity vary according to local conceptions of belonging, personhood, and responsibility, as well as ontologies relating to the distinctive kinds of agency proper to different being􏰂􏰄 (god􏰂, s􏰂pirits􏰁􏰂, the natural world, etc.), and it puts all these concepts into motion. Whereas the legal notion of complicity always implies an individ􏰆al􏰄􏰂 awareness of the consequences of an act 􏰅– though it always remains awkward to establish this with certainty –􏰅 moral judgements of complicity in the larger social world are not limited by such juridical constraints. Complicity can thus be invoked based on a shared status, shared position within relations of production or within the bureaucratic apparatus, religious or ethno-racial category, or overlapping kinship network. It is this diversity of ways of being complicit or accused of complicity that this Issue proposes to explore. However, the aim is also to break free from the limiting perspective and logic of attributions of complicity; complicity exists in a zone of indeterminacy that requires interrogation: it is inherently ambivalent, negative when it designates the shared responsibility for a wrongdoing; positive when it describes connivance or reveals a connivance formerly hidden from view.

Complicity emerges as an eminently political and moral category, connected to categories of trust and mistrust and the responsibility for harm or injustice. In this sense, we propose to approach complicity and related vernacular categories to explore situations t􏰁hat􏰁 are ju􏰆dged poli􏰁ticall􏰃y and morally􏰃 􏰇impure􏰈, and 􏰁to de􏰂cribe 􏰁the ethical behaviours and discomforts that result for those suspected or accused of complicity (Wright 2018). To some extent, an accusation of complicity is akin to the categories of 􏰇􏰁the 􏰆unclean􏰈 or 􏰇pollut􏰆􏰁ion􏰈 (Douglas 1967), giving rise to strategies of avoidance that can determine everyday behaviour, or to purification or expiation practices aimed at exculpating the self before a real, imagined, or absent public.

Indeed, complicity always implies acts of representation and self-presentation vis a vis a public. As such, it can be feigned or performed for gain. Knowing oneself to be complicit, suspecting oneself to be so, or refusing wholeheartedly to be considered complicit, to avoid carrying the burden of responsibility a person may attempt to ignore incriminating factors or to distance themselves from their own experience or identity (Goffman 1973). This falls within that which Hannah Arendt (1963) denounced as an 􏰇”absence of thinking”􏰈.

For this Issue, articles treating varied ethnographic sites and themes are envisaged. Legal themes and ethnographies of criminals or wrongdoers immediately come to mind but authors could, for instance, address the case of individuals or populations with dual identities, their loyalties divided between worlds or social categories widely considered antagonistic. They could equally focus on conspiracy rhetoric and its deployment by those who seek to track and reveal suspicious connivances. Populations accused of complicity (or of collaboration) following events of mass violence (terrorist attacks, wars, etc.) either because of their silence, a refusal to denounce the violence, or to cut ties with those declared responsible for it offer another potential theme. Through these failures the complicit come to be considered a danger to the social order. The accomplice is thus never very distant from the traitor 􏰅- the figurehead of disloyalty in political life.

From colonial collusion to the slur of “islamo-gauchisme” (􏰇pro-Islamic leftism􏰈), ubiquitous in France today, accusations of complicity continue to touch anthropologists. Besides, complicity􏰁􏰃 is a fieldwork method with political and ethical consequences, a theme explored notably through concepts of detachment and engagement in the anthropological literature (Marcus 1997; Probyn-Rapsey 2007; Sedgwick 2017; Gilbert 2018; Trundle 2018). Contributors might also broach the ways ethnographers deal with suspicions of complicity that touch them when their research confronts them with situations that are ethically or politically troubling; both in the field and when ethnography enters the public realm.

Apart from academic articles (8,000 words), the Issue will include portfolios, which are short essays constructed around a series of images. Our format also accommodates narratives (4,000 words), descriptive vignettes that report on events documented in archives or observed during ethnographic fieldwork.

Proposed contributions in the form of an abstract (approximately 300 words) should be sent by 15 April 2021 to the editorial committee of Terrain terrain.redaction@cnrs.fr. Completed articles will be due on 1st September 2021.

ARENDT HANNAH, 1977 (1963). Eichmann in Jerusalem: A Report on the Banality of Evil. Harmondsworth, Penguin.

DOUGLAS MARY, 1978 (1967). Purity and Danger: An Analysis of Concepts of Pollution and Taboo. London, Routledge and Kegan Paul.

GOFFMAN ERVING, 1971. The Presentation of Self in Everyday Life. London, Allen Lane, The Penguin Press.

MARCUS GEORGE E., 1997. “The Uses of Complicity in the Changing Mise-en-Scène of Anthropological Fieldwork􏰄”, Representations no 59, p. 85- 108. 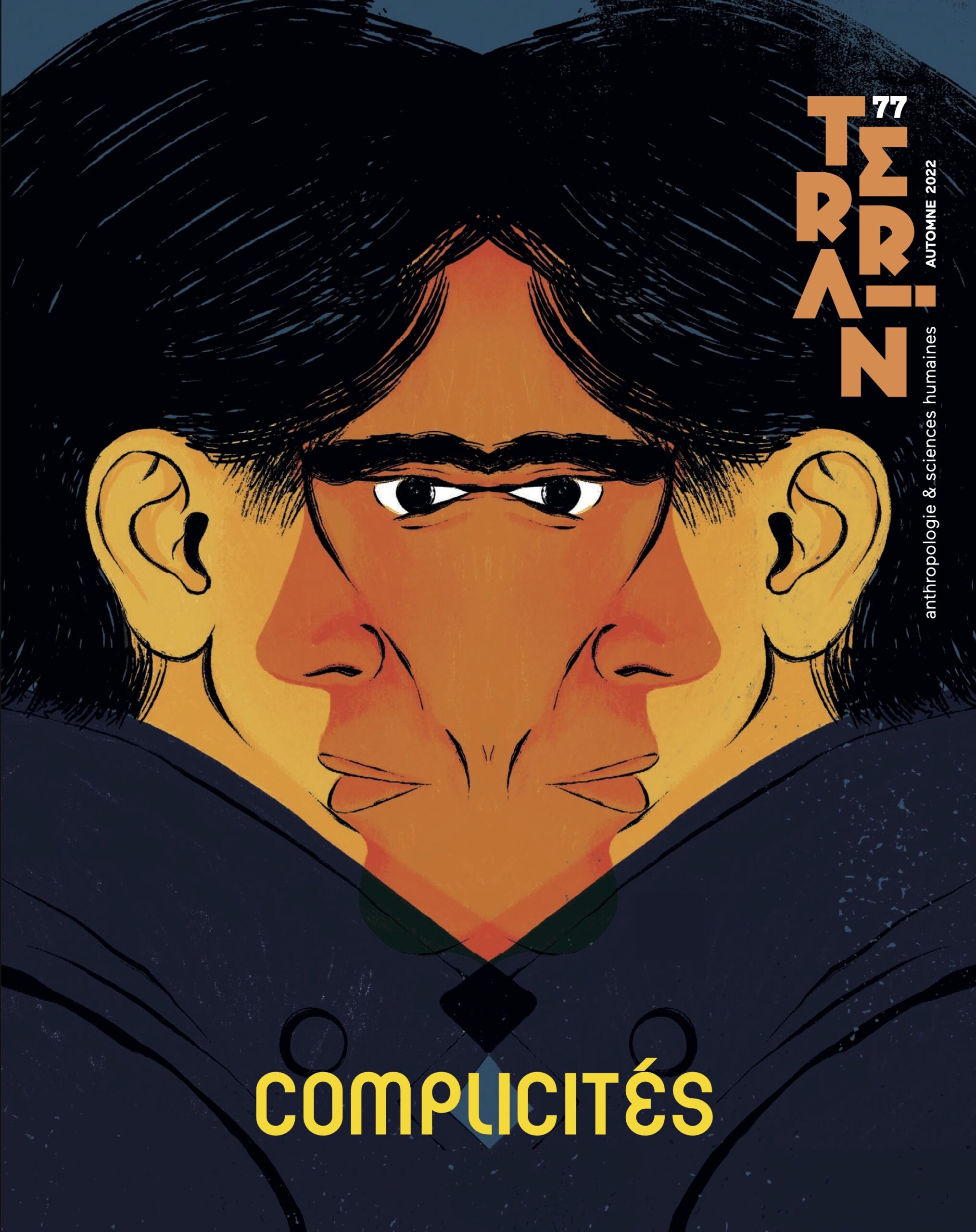 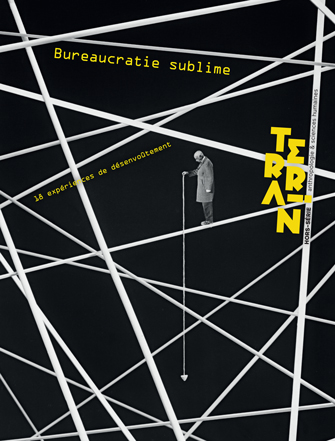 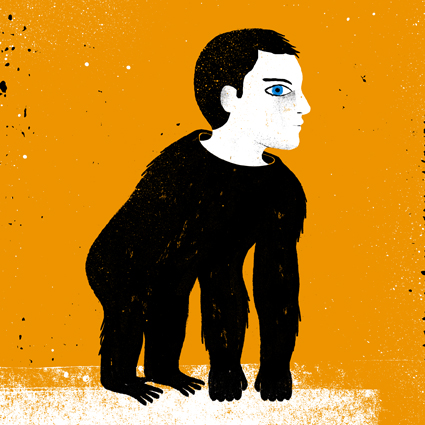